For over a century, Karl Marx’s critique of capitalism has been a crucial resource for social movements. Now, recent economic crises have made it imperative for us to comprehend and actualize Marx’s ideas. But without a knowledge of Karl Marx’s life as he lived it, neither Marx nor his works can be fully understood. There are more than twenty-five comprehensive biographies of Marx, but none of them consider his life and work in equal, corresponding measure. This biography, planned for four volumes, aims to include what most biographies have reduced to mere background: the contemporary conflicts, struggles, and disputes that engaged Marx at the time of his writings, alongside his complex relationships with a varied assortment of friends and opponents.

This first volume will deal extensively with Marx’s youth in Trier and his studies in Bonn and Berlin. It will also examine the function of poetry in his intellectual development and his first occupation with Hegelian philosophy and with the so-called “young Hegelians” in his 1841 Dissertation. Already during this period, there were crises as well as breaks in Marx’s intellectual development that prompted Marx to give up projects and re-conceptualize his critical enterprise. This volume is the beginning of an astoundingly dimensional look at Karl Marx—a study of a complex life and body of work through the neglected issues, events, and people that helped comprise both. It is destined to become a classic. 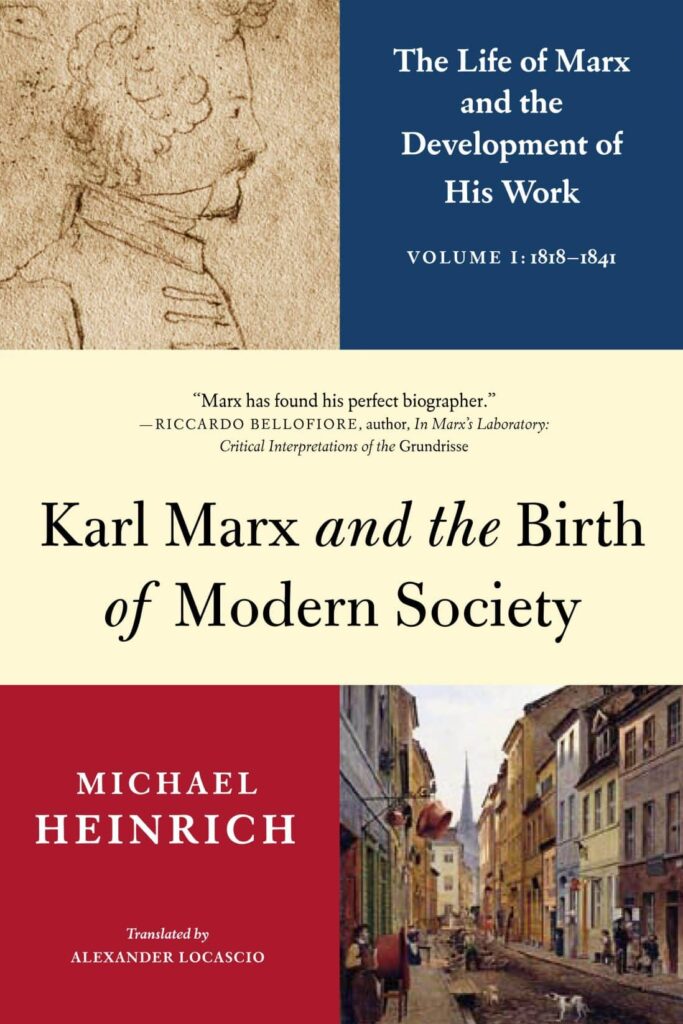 Michael Heinrich taught economics for many years at the University of Applied Sciences in Berlin and was managing editor of PROKLA: Journal for Critical Social Science. He has written in depth on Marx’s critique of political economy in his book, The Science of Value. His An Introduction to the Three Volumes of Karl Marx’s Capital is probably the most popular introduction to Marx’s economic works in Germany.

Alexander Locascio, translator of this biography from German to English, has been active in the U.S. labor movement. His other translations include An Introduction to the Three Volumes of Karl Marx’s Capital and Thomas Piketty’s Capital in the Twenty-First Century: An Introduction. He lives in Berlin with his family.